A tip of a Canadian iceberg as we look at Canadians in Science Fiction.

Canada’s first contribution to the genre of science fiction was author Ida May Ferguson writing under the assumed name Dyjan Fergus. This pioneering female author wrote The Electrical Kiss. Canada’s first contribution to Science Fiction writing was given to us by a woman, who at the time, needed to hide this fact with a male name, it’s appropriate to highlight some other notable female authors.

Margaret Atwood is one of Canada’s pioneers and most recognized female Science fiction writers. Including her 1985 dystopian science fiction drama The Handmaid’s Tale and the more recent work the Oryx and Clark. The Handmaid’s Tale has since become a hit TV series by Bruce Miller. Other Canadian female authors include Esther Rochon who contributed french language Science Fiction. More recently Madeline Ashby in 2016 brought us the novel Company Town. Author Joan Dorsey founded SF Canada. Edna Mayne Hull another Canadian Science Fiction author and the wife of the influential author Alfred Elton Van Vogt. Edna Mayne Hull gave us Planet for Sale in the golden age of science fiction in 1954. 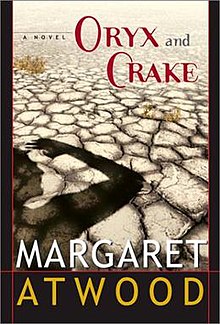 Arguably, the CBC kicked off Science Fiction in Toronto with Space Command in the 50s and we’ve never stopped.

Toronto has had a long history of producing Science Fiction cinema. With our futuristic looking City Hall (once featured on an episode of Star Trek: The Next Generation) to our CN Tower. Toronto can disguise itself as any major city both past and present.

The 70s brought us The Starlost. The 80s brought us Airwolf, and War of the Worlds (of which I had the fortune to be an extra on in several episodes). 1981 brought us David Cronenberg’s Sci-Fi horror film Scanners. James Woods and Deborah Harry would team up in the cult classic Videodrome. Videodrome, another David Cronenberg film was one of the rare instances where Toronto was featured as itself and not fronting as another city.

The 80s also saw Captain Power and the Soldiers of the Future, a weird low budget Star Wars meets the Power Rangers affair. What set this one apart is it was one of the first series that featured an interactive laser tag line of toys. Kids could suit up and “shoot” the characters on their televisions. Targeting flashing chest plates on the screen for points. Mattel produced a large line of tie-toys and games.

The 80’s ended with 2 throwbacks to the 70s classics. Including Bionic Showdown featuring the return of the Six Million Dollar Man and the Bionic Woman followed by The Trial of the Incredible Hulk.  Both made-for-TV features were filmed in Toronto

Production on Science Fiction in Canada really ramped up in the 90s with dozens of memorable TV and film from all over Canada. Highlights include Stargate, The X-Files, Andromeda, Earth Final Conflict and William Shatner’s Tekwar. Feature Films included Torontonian Keanu Reeves in the 1995 film Johnny Mnemonic.

The period between 2010-2013 might be remembered as the golden era for Science Fiction in Toronto. This period saw the filming of the rebooted Robocop, and Total Recall. New franchise favorite Pacific Rim kicked off here in Toronto along with long-running franchise Resident Evil: Retribution.

Toronto continues as a favorite of Science Fiction with the ongoing Production of Star Trek: Discovery currently filming season two.

We can not look back on Canada’s contribution without looking at Star Trek. Without Canada the world would never have gotten the resourceful Commander Montgomery Scott, the best starship engineer, form the original Star Trek. Or the most famous Canadian of all, William Shatner. Playing the youngest starship captain in Starfleet James T. Kirk.

Williman Shatner has become one of the most recognizable Canadians and a cultural icon. Staring in one of the greatest science fiction franchises of all time, Star Trek. Shatner would go on to become a Science Fiction author as well with his original Tekwar series.

Classic Trek would continue with other Canadians including John Colicos. Finally, Mr. Spock would credit Canada as the source of grain eaten by the Tribbles in the fan favorite episode The Trouble with Tribbles.

Who did we miss? Who is your favorite Canadian science fiction personality?

Liked it? Take a second to support Derek Dresser on Patreon!